Finally got all four new robot legs done. Well, as done as they'll be for a while. It doesn't seem like that much work, but for whatever reason, I feel about as worn out as D'Artagnan looks in this photo. 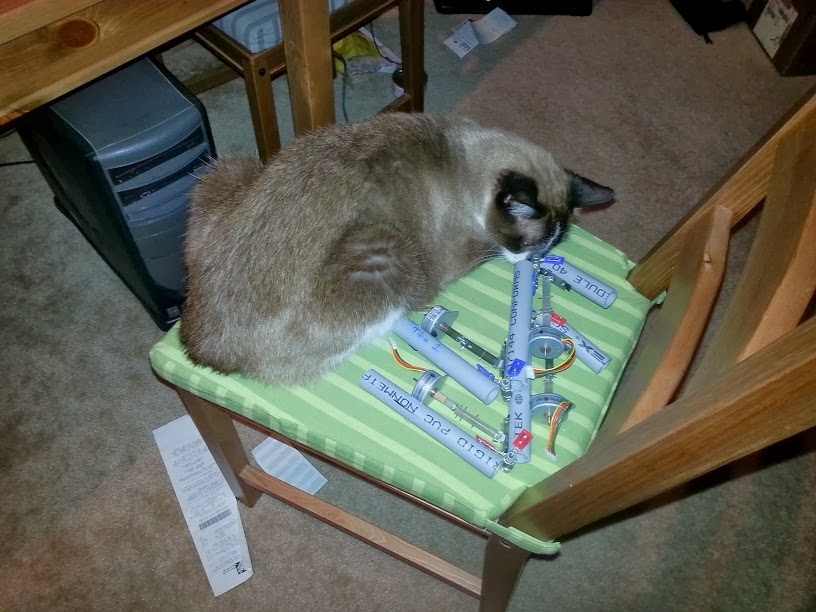 In other news, the FIRST Robotics team that I'm mentoring (Raptacon) are making progress with their robot. They've built the chassis, a ball collection mechanism, and several ball-throwing prototypes.


Aaand my house is still recovering from the general neglect it experiences during a building spree.


Jenny
Posted by WriterOfMinds at 4:19 PM