This is a blog for showcasing my forays into hobby robotics, AI, and other engineering or programming projects.  I might also talk about video games, wild philosophical ideas, and life in general.

This inaugural post features my recently completed mechanical eye prototype.  I'll be breaking down how it works in more detail in future installments.  This is part of a larger project that I'm calling "Atronach."


At the moment, there is no camera in the eyeball, and it has no tracking capability.  It has an independent brain based on an ATTiny microcontroller.  The ATTiny runs a pseudo-random number generator program which randomly determines whether the eye will move, how long it will move, and in which direction.

The case for it ... isn't that great.  It's literally made out of cardboard and ice pop sticks.  But it's only a prototype.  Once I get some better fabrication tools, I'll make something for it that is sturdier and less ugly.

I've been wanting to build Atronach for years.  He was originally inspired by those creepy creatures in the walls of Mordack's Castle that would track King Graham as he walked across the room.  Yes, the eye is eventually intended to have a camera and tracking ability ... I just haven't gotten that far yet!

Here's the completed eye hanging on the wall.  I'd also like to introduce you to my sidekick, D'Artagnan.  His major skills include being adorable and sitting on everything I need to use.  He is not an enchanted wizard in cat form ... I don't think.  I got him from a cat rescue, so what do I know? 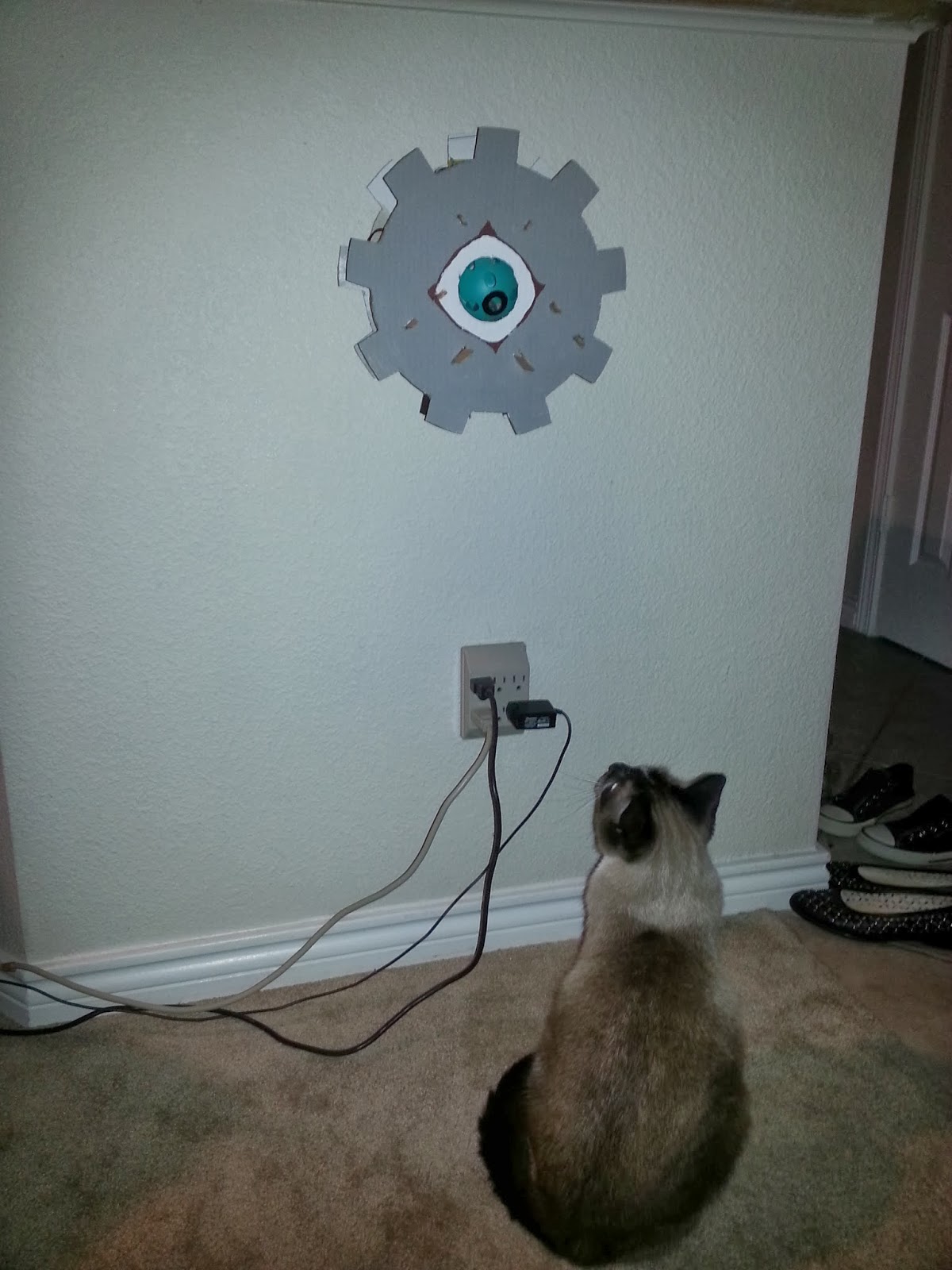 Until the next cycle,
Jenny
Posted by WriterOfMinds at 12:31 AM