Since January, I've been working on my first foray into some 3D print design. I wanted to recreate the “Hissing Silence Shell” ghost drone design from Destiny 2. Though I had the 3D files from the game's mobile app to work with via http://www.destinystlgenerator.com/, a massive amount of conversion was still required to make them into working printable objects. This gave me a great opportunity to learn how to use my CAD program of choice, DesignSpark Mechanical. 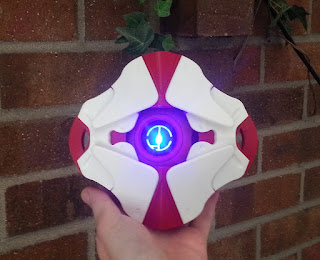 
I studied the landscape of free CAD programs before settling on DesignSpark Mechanical as the first one to try. My feelings about it are mixed. It's an incredibly frustrating program, but I have no idea whether the alternatives are any better. I like its overall concept of directly manipulating the geometry by pushing and pulling faces, cutting objects with other objects, creating “blends” between lines, and so forth. In practice, it often reacts to commands with “this too complicated, I can't even” and spits out an error message that tells you nothing about how to fix the problem.

Some of my models ended up with tiny gaps between faces that DesignSpark absolutely refused to fill in; I had to fix them in MeshMixer after exporting them as STLs. Others had to be repaired in MeshMixer because they were inside-out. Either of these problems seems to prevent surfaces from turning into solids, which makes some types of manipulation more difficult. Some operations make DesignSpark bog down or even crash (rounding curved edges was especially bad in this regard). It doesn't have a real mirror tool. And though YouTube has video tutorials for the basics, there were still a lot of important things I had to figure out by blundering around.

The initial models from the game were mostly hollow surfaces with holes in them. To get to a proper printable design, I had to …


*Slice the original objects up into reasonable pieces
*Reconstruct missing surfaces and close up all the gaps
*Replace low-poly (blocky) geometry with smooth curves
*Manually re-create surface details, since all of these turned out to be part of the texture rather than the model
*Add all of the pegs and holes so the parts would fit together


By the time I started on the core, I had gotten a fair bit of DesignSpark practice under my belt, and I wanted to print a smoother sphere (the original was an approximate sphere made of triangles). So I used the model from the game as a sizing reference only, and created the core parts from scratch. Part of the back half is converted into a knob that lets you turn the LED light on and off without disassembling the ghost. 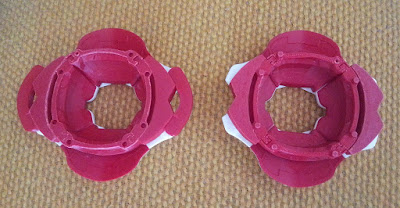 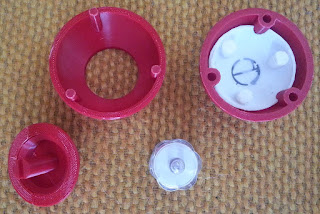 The final product has 34 distinct pieces that interlock, press, or snap-fit together. It took a long time to print, but it's a beauty. 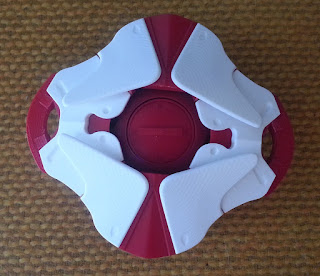 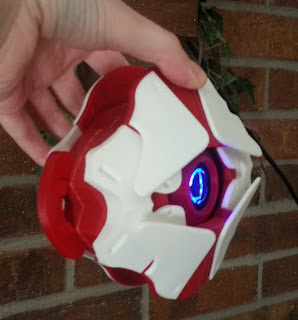 Next I need to take this new CAD knowledge and do some work on Atronach. The ghost is more or less an eyeball, so it might serve as a helpful starting point.
Until the next cycle,
Jenny

Posted by WriterOfMinds at 11:57 PM